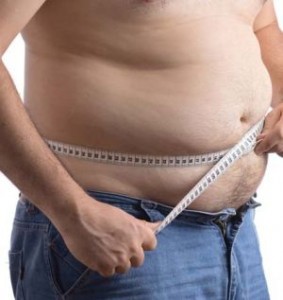 If you’re overweight, you could be contributing to global warming more than thinner people. A new theory by UK researchers claims that an overweight epidemic may be adding to global warming. It’s get technical, but stay with me here and I’ll summarise at the end. In order to maintain your basal metabolic rate (BMR), if you have an average body mass index (BMI) is 24.5, you would need to eat 1,550 calories a day. Energy for general living requires an extra 950 calories. That’s a total of 2,500 calories. If you are obese, with a BMI of 29, for example, you would need 1,680 calories a day to maintain your BMR, plus an additional 1,280 calories for daily activities, requiring a total of 2,960 calories a day.

An average obese person, therefore, requires more than 18% more food energy than an average person. So what does all that data mean? In a nutshell, it means fatter people are generally consuming more food, which requires more resources to be used, which puts a strain on the planet. If it’s just one or two people (including yourself), you may be thinking, does it really impact that much? Well, not really. But as we’re now facing an obesity epidemic in developed countries, with developing nations facing increased obesity levels also, it means that literally billions of overweight people are requiring more food, more resources and more impact on the planet. This is not meant to be derogatory towards overweight people in any way. Food is just like energy. If everyone in the world is using more electricity and water, it impacts poorly on the planet. Food is no exception. The answer? Reduce your weight and reduce your impact on the Earth.