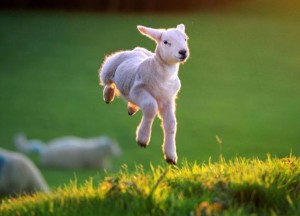 THIS IS A FANTASTIC and AFFORDABLE WAY to LEAP FORWARD in your urban farming with a personal Garden Consult with Green Dean and access to all workshops and events to really boost your urban farming, permaculture and organic edible gardening skills, knowledge, goals and inspiration! 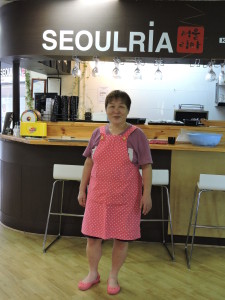 While sipping hot green tea in Brisbane’s SeoulRia Korean restaurant this morning, I had the pleasure of interviewing a special Korean chef with a colourful and interesting background, both in Korea and Australia. I have known of Mrs Park for several years, seeing her at a few Korean restaurants in Brisbane over the last 8 years, and hearing about her work from various people.

Kyong Hae Lee Park (known affectionately as Mrs Park in Korean circles) was originally a Korean National Cycling Team member, until her first marriage in 1975. Mrs Park has been cooking since a young age, learning from her mother, and then commenced cooking professionally in Korea at age 21. She is trained in traditional Korean cooking, as well as Chinese, Japanese and some Western food. She is also skilled in Japanese knife work, seafood handling and sushi and sashimi making. It seems that cooking is in her blood, with five members of her family being chefs, including her daughter currently cooking in Sydney.

Mrs Park has been cooking in Australia for 33 years. She came to Brisbane in 2006 and cooked for a number of Korean restaurants before opening her own, Biwon at Woolloongabba. Later she opened Maru in Sunnybank. She has also prepared and cooked a variety of foods to supply other Korean restaurants, including kimchi and side dishes, sauces and meats.

I asked Mrs Park what she thought of the Korean food popularity explosion happening around the world. She said she has really seen Korean food become very popular in Australia, but it has a little way to go in Brisbane, with Brisbanites needing to explore Korean food more, especially beyond just kimchi and BBQs. Given the chance, she is very keen to showcase more Korean cuisine in Brisbane. She offers a lot more dishes than currently listed on her menu. If customers know and want something special, she’s very happy to cook it. Her Boyang Jun Gol (slow-cooked lamb and vegetable stew), for example, must be pre-ordered. She highlighted that it’s a classic example of not only delicious food, but a Korean medicinal dish. 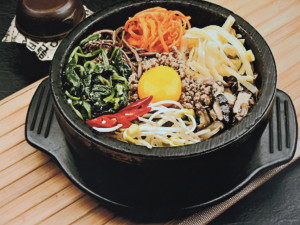 I also asked Mrs Park what she considers the essence of Korean cuisine, and got a rather philosophical, yet simple response. She said, “Korean food is ‘from the hand’. Japanese food is from the knife and Chinese food is from the fire [wok].” Having seen how much Korean food is prepared in detail by hand, I understood her meaning. I also enquired how she thinks Korean food compares to Australian food. She thinks most Australian food is now too salty or too sweet.

At 56 years old, running a busy restaurant 7 days a week, starting prep at 10am most days, Mrs Park attributes her energy and drive to having a husband 16 years younger. When most restauranteurs or chefs would be weary at that age, Mrs Park is keen to grow her business and introduce more Australians to the rich cultural heritage that is Korean cuisine. Korean business owners can be strict and tough on employees, but Mrs Park seems to have an unusually fun and casual relationship with her team.

We also discussed plans for her to run some cooking classes, and I’m very excited to be organizing that side of things with her. She is keen to teach people about her national cuisine and culture. Being somewhat of a pioneer in Korean cuisine in Brisbane, Mrs Park has a lot to share with Australians when it comes to Korean food. Stay tuned for kimchi making and Korean cooking classes coming up very soon.