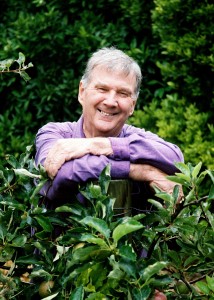 Organic growers were almost certainly the first conservationists. Long before the wide-ranging environmental movement began, we recognized the dangers to the environment and health caused by poisonous sprays and disruptive chemicals, especially on food crops. And because we preferred to work the soil and grow things in rhythm with previously predictable weather patterns, we were along the first to notice certain dramatic and worryingly different climate changes occurring both locally and throughout the world.

Whether or not these changes are called global warming or climate change is of minor importance. Today, few people dispute that it is happening. Every day and every season in every part of the world, the effects of our drastically altering climate our being felt. Planet Earth’s climate is being thrown out of kilter. It is no coincidence that this dangerous climatic imbalance is occurring at a time when huge, ancient forest areas of Australia, South-east Asia, Africa, South America and elsewhere are being clear felled or burnt at a rate never before experienced. In addition, the major sources of energy for industry, transport and other purposes on a world scale are fossil fuels, with the barely-controlled and relentless release of enormous amounts of climate-changing greenhouse gases.

The burning question is: what is the basic cause of climate disruption? There are those who insist that this present life-threatening climatic imbalance is quite normal. That it is a perfectly natural phenomenon. In essence, they imply that there is nothing we can do and, in fact, should continue in the same environmentally destructive way. They angrily accuse environmentalists and others who believe climate disruption is caused by human activity of being anti-development and ‘anti-everything’.

The reality has always been that it is impossible to stop development. However, we can manage it with smart planning and controls, and this is what the real debate is all about. Any climate-destroying, greed-driven industry that trashes ancient forests and the balance of living things within them is not development. Surely that is destruction? Can large industrial enterprises, including pulp mills that pollute and irreversibly damage the environment, be described as development?

Intelligent development is controlled development. We can do it. This is what the real struggle for life on Earth is all about. It is the avoidable conflict between the most destructive forces of all – ignorance, indifference and greed – that drive uncontrolled development of the one hand, and on the other, the striving by the overwhelming majority of people throughout the world for food, clothing and shelter for themselves and their families in a clean, green, safe world. It’s as simple as that. 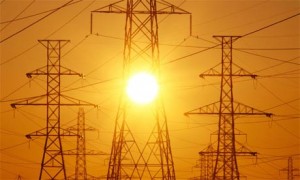 Queensland, the sunshine state, is also being promoted as the solar state, but how much of this new Qld Government campaign is true? The reality of Qld’s renewable energies, especially solar, is sadly mostly illusion.

So what is true?

While Qld’s coal reserves are massive, they are not limitless, but our solar, wind, biomass and geothermal energy resources are mostly limitless, and definitely more sustainable and valuable than coal in the long term. The government’s collective small measures to cut emissions does appear greener to Queenslanders, but is just distracting us from the larger issue of Qld’s carbon addiction. Qld may be the Sunshine State, but we are not the Solar State by a long shot, and to promote Qld as such is deceptive and misleading to the public. The reality is, the government is yet not serious about this issue. Australia is a mountain of coal surrounded by a sea of gas, but sunshine should be number 1.

In April 2010, the government vowed to double solar energy use across Qld within 5 years, from 250MW to 500MW, which would be 4% of Qld’s current power. So small changes are happening, but are they happening is it fast enough?

A few things that are happening include:

For more info about the Queensland Government’s Do The Right Thing Campaign visit http://brightthing.energy.qld.gov.au