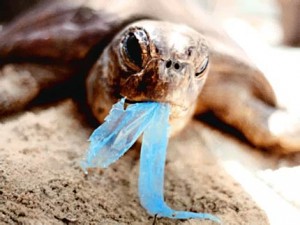 Do you use plastic shopping bags from the supermarket? Do you reuse them or put them in your rubbish? Ever see them blowing around the streets, or floating in waterways? Spare a thought for the environment the next time you accept a plastic bag from a supermarket, or anywhere you shop. There are now very efficient alternatives to plastic bags when shopping. Please choose them.

Here are a few shocking facts about plastic bags in our oceans: 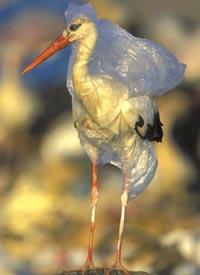 Almost every person in Australia uses an average of 300 plastic bags a year. That’s around 6 billion plastic bags all together. The early plastic shopping bags can take up to 500 years to decay in landfill. There is an alternative. It’s called a reusable shopping bag. And all major supermarkets now sell them for just a couple of dollars. Not only will using one help the planet, but your shopping is not likely to burst through the bag and roll around on the floor. 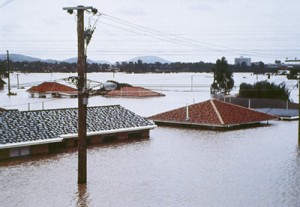 What is a flood?

Floods are a natural, reoccurring process that have historically shaped the landscape of most countries. Southeast Queensland’s subtropical climate makes it prone to weather that can cause flooding, and as we’ve experienced in recent years, more extreme weather conditions have caused widespread mass flooding with challenging consequences. Floods in our region are predominantly caused by heavy rainfall, but may also be a result of swollen rivers and tidal surges.

There are two types of flooding that can occur:

Flash flooding refers to water coming ‘down’ and involves intense rainfall, usually over a short period of time, rapid rise of water levels and high flows of water moving through the catchments.

How does rainwater move through a catchment?

With a natural, forested catchment, most rain falls on hill slopes and vegetation. Vegetated hill slopes creates minimal erosion. Vegetation stores the rain in soil, slowly releasing water over time, which helps sustain flows of water during dry periods. In a highly modified catchment, such as a city or town, the natural vegetation has been dramatically changed, therefore hill slopes and catchments will react very differently. In these modified environments, impervious or hard surfaces, such as roads, buildings and roofs reduce the amount of rainfall that can soak into the ground, causing more water to become runoff. This fast flowing movement of water carries large amounts of sediment and pollutants into stormwater drains and out into our waterways. 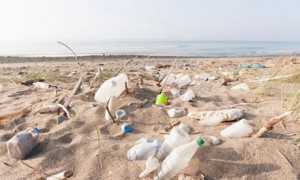 Litter in our waterways is a serious pollution problem that affects our wildlife, aquatic habitats, water quality and the recreational use of our waterways. Litter is almost any material that is disposed of incorrectly, including: fast food wrappers, drink bottles, cigarette butts, poorly secured material escaping vehicles and rubbish bins, paint tipped down the drain and much more. It is estimated that approximately 80% of all waterway litter originates from land based activities.

When litter is dropped on land, rain and flooding carries it into stormwater drains, which empty into creeks and rivers. Once litter reaches our waterways, it is very difficult to remove. If the catchment has no vegetation to slow down flood water, the amount of litter and pollutants that enter our waterways significantly increases. 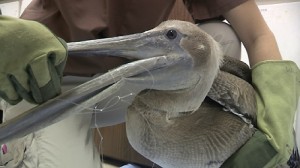 How does litter affect waterways?

Queensland sadly has the highest amount of litter of all mainland states in Australia. After being washed into our creeks and rivers, discarded litter slowly makes its way to our oceans. Waterway litter is extremely harmful to wildlife, who become entangled or mistake litter for food, resulting in injury or death. Waterway litter caused the death of at least 100,000 marine mammals, including turtles, dugongs and whales, as well as almost one million seabirds worldwide each year. Aquatic habitats such as coral and seagrass beds are also damaged by litter. In addition, litter makes our waterways look dirty and unattractive, which reduces recreational use and impacts on tourism. 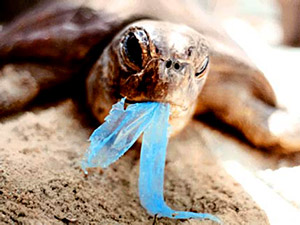 Healthy Waterways is a not-for-profit, non-government organisation working to protect and improve waterway health in SE Qld. They facilitate careful planning and coordinated efforts among a network of member organisations from government, industry and the community.

The Healthy Waterways Clean Up Program collects over 240,000 items of floating litter from SE Qld waterways each year. The program, which has been operating for over 10 years, also aims to increase community understanding about the issue and impacts of waterway litter. The Healthy Waterways Clean Up Program recorded a 50% increase in the number of plastic water bottles collected from local waterways between 2007 and 2012. Please use a reusable water bottle instead! 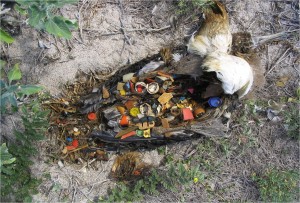 8 tips to limit your litter

1. Dispose of rubbish in a bin and ensure rubbish is secure.

2. Use the three R rule: reduce your use of plastic, reuse items you may otherwise throw away, and recycle as much as possible.

4. Smokers, out your cigarette butts in the bin!

5. Pick up any litter you see and remind everyone to dispose of rubbish carefully.

6. Report littering and illegal dumping via the Department of Environment and Resource Management or your local council.

7. Carry a litter bag in your vehicle or on your bicycle.

8. Contact your local catchment group to organise or join a waterway litter clean up day or program. Clean Up Australia Day activities are important, as well as regular ongoing activities year round.